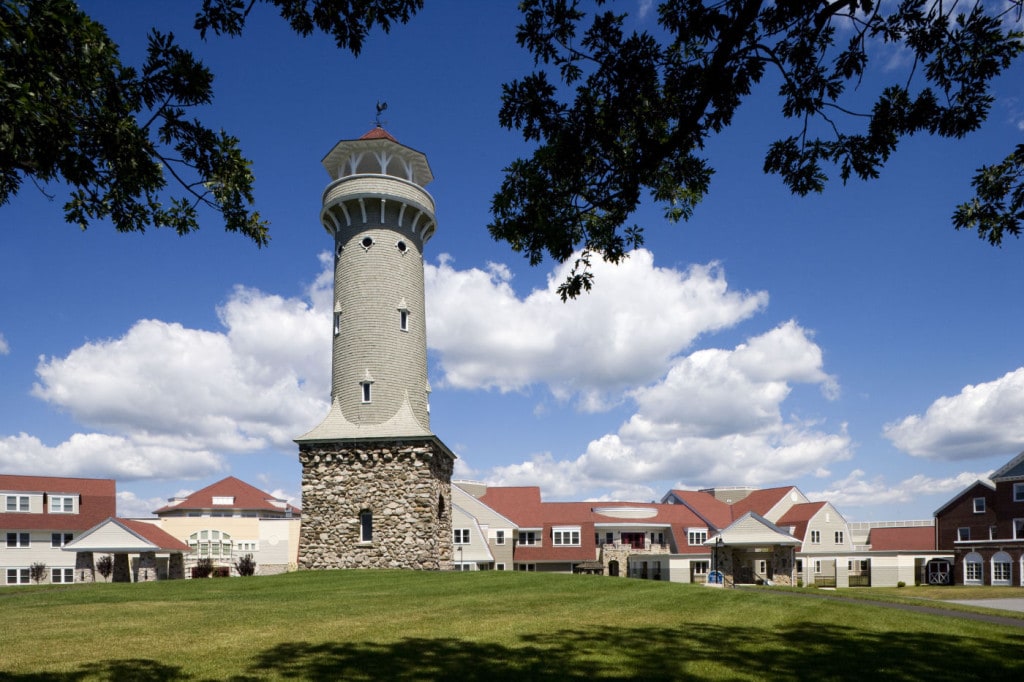 The Overlook, the Masonic Home, Inc. is located in central Massachusetts high on a hill with views of five states. The site was developed more than 100 years ago with the construction of a rambling, shingle-style destination hotel. Soon after it was built, the hotel was bought by the Masonic order as a retirement home for elderly Masons. Eventually the site grew to contain over 450 acres and a number of additions and buildings had been constructed.

In late 1990, the Masonic Home decided to renovate the Overlook and EGA developed a Master Plan for the site comprised of a skilled nursing facility and rest home, a new independent living facility with congregate living and cottages and a Performing Arts Center / Natatorium.  The architectural style of the project is based on the original rustic stone and shingle-style of the original hotel and its outbuildings. Future phases will return the site to its nineteenth-century resort atmosphere with an 18-hole golf course, extensive walking and horseback riding trails, opportunities for bird watching, and a variety of other activities centered on the Overlook Continuing Care Retirement Community.

The Hill at Whitemarsh – Whitemarsh, PA
Scroll to top
Manage Cookie Consent
To provide the best experiences, we use technologies like cookies to store and/or access device information. Consenting to these technologies will allow us to process data such as browsing behavior or unique IDs on this site. Not consenting or withdrawing consent, may adversely affect certain features and functions.
Manage options Manage services Manage vendors Read more about these purposes
View preferences
{title} {title} {title}