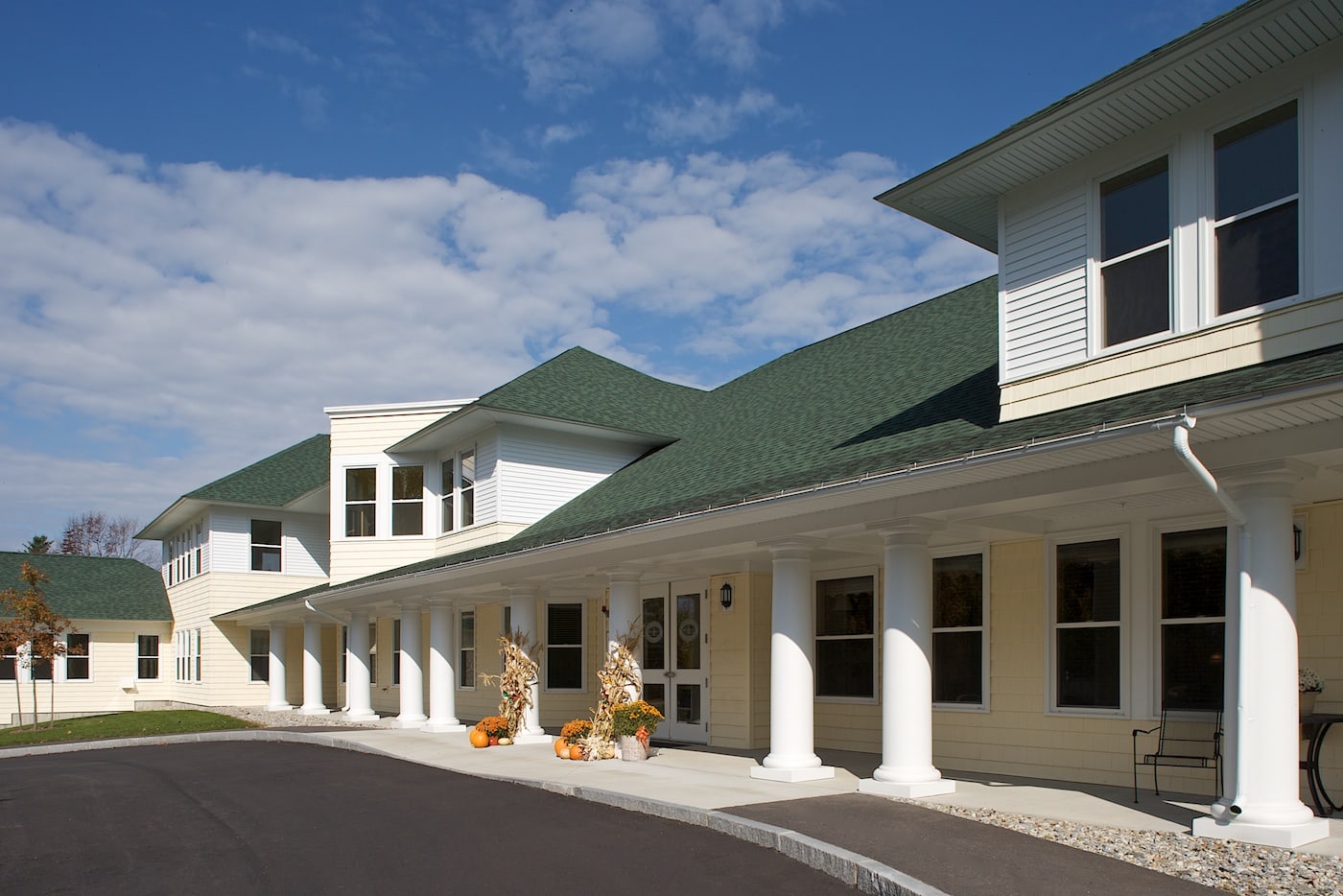 The planning of the project is defined by several site specific and program requirements. First, the site is unique in that it slopes towards expansive views of Lake Winnipesaukee and the White Mountains. Secondly, the project size and compactness placed a great importance of staffing efficiencies shared between the multiple resident populations. Lastly, the owner insisted on an underground parking garage sheltering the residents from the harsh New England winters.

Addressing the site issues, the master plan was developed with the second floor independent living commons, dining areas, and balcony maximizing the beautiful lake and mountain views to the east while also allowing for a convenient at-grade main entry on the west facade. Because the project steps up the hillside, the second floor main common areas, administration offices and shared commercial kitchen connect horizontally with the memory support wing allowing for greater staffing efficiencies. Finally, with the building banked into the hillside, the concealed underground parking garage is conveniently accessed at grade.

Regarding the program requirements, the stepped compact design and corridor network provides ample natural light, breathtaking views, and shorter travel distances. Recessing the project into the terrain permits a high percentage of apartments and commons with lake and mountain views year round.

The architecture of the Meredith Bay Colony Club captures the essence of architectural “shingle” style not uncommon to the Lakes Region of New Hampshire by using past elements of the grand New Hampshire hotels.