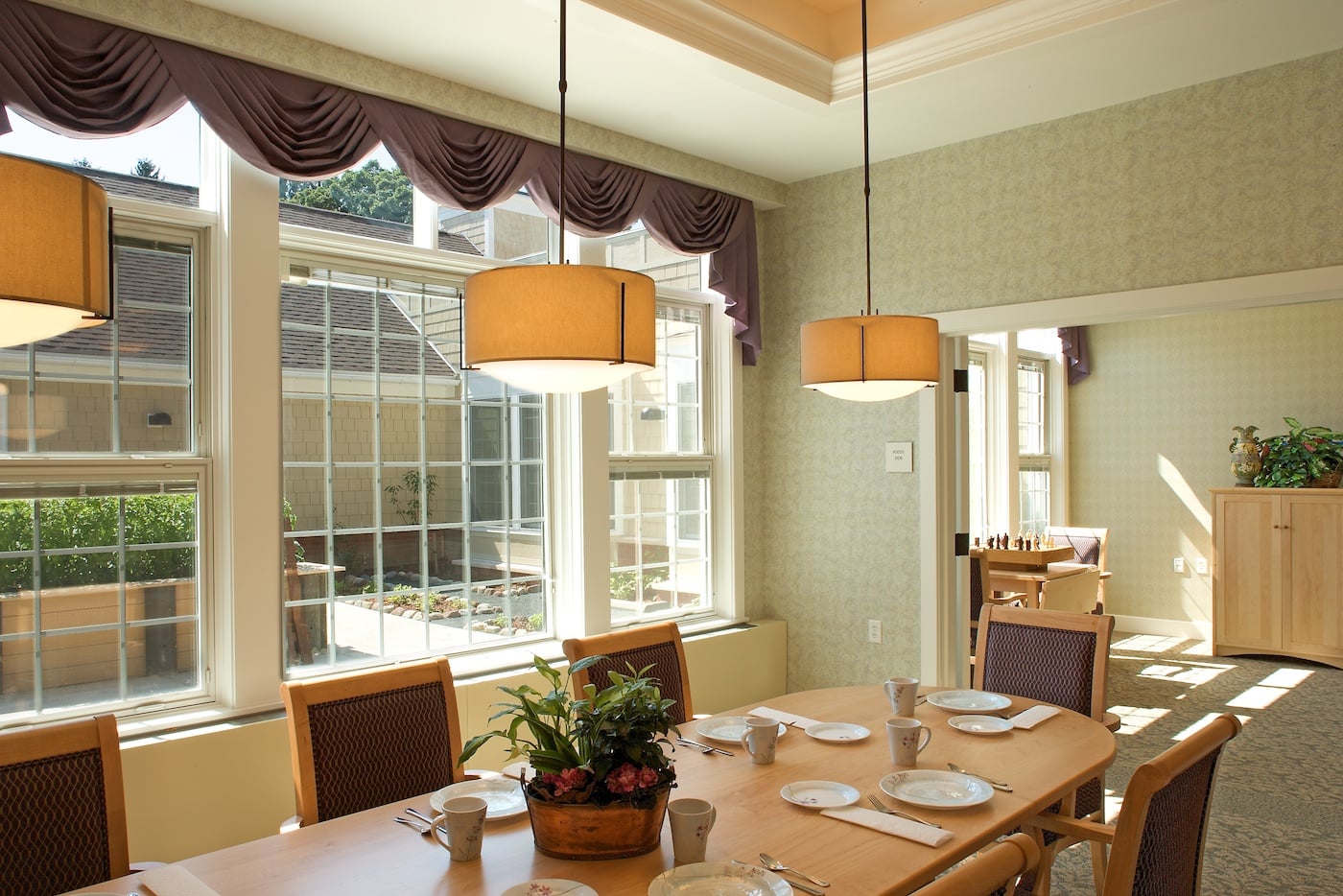 The first skilled nursing facility in Massachusetts designed using the ‘small house’ model. The four ten bed houses are organized around a shared central chapel but each has its own entry and private garden, meeting the communal desires of the sisters but allowing each house to retain an individual character.

The site is both small and steeply graded, requiring the building to be particularly compact and efficient. Emphasis was placed on breaking up the forms of the building to create the appearance of a small village rather than a single, monolithic structure. Significant effort was made to maximize natural light into each house. As the first ‘small house’ constructed in Massachusetts, the project acted as a pioneer in navigating the fairly rigid regulations governing long term care in the state.[/two_third]