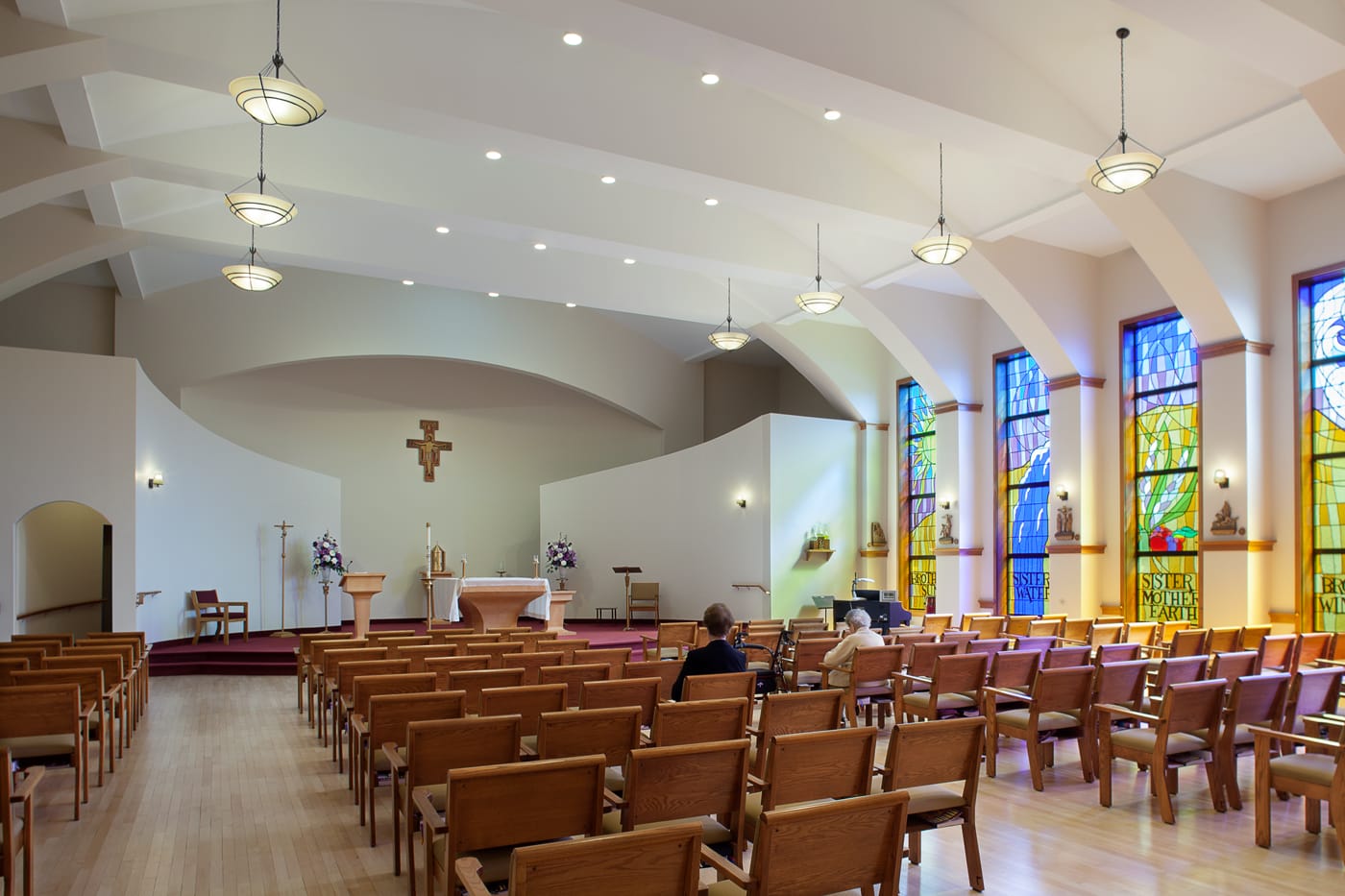 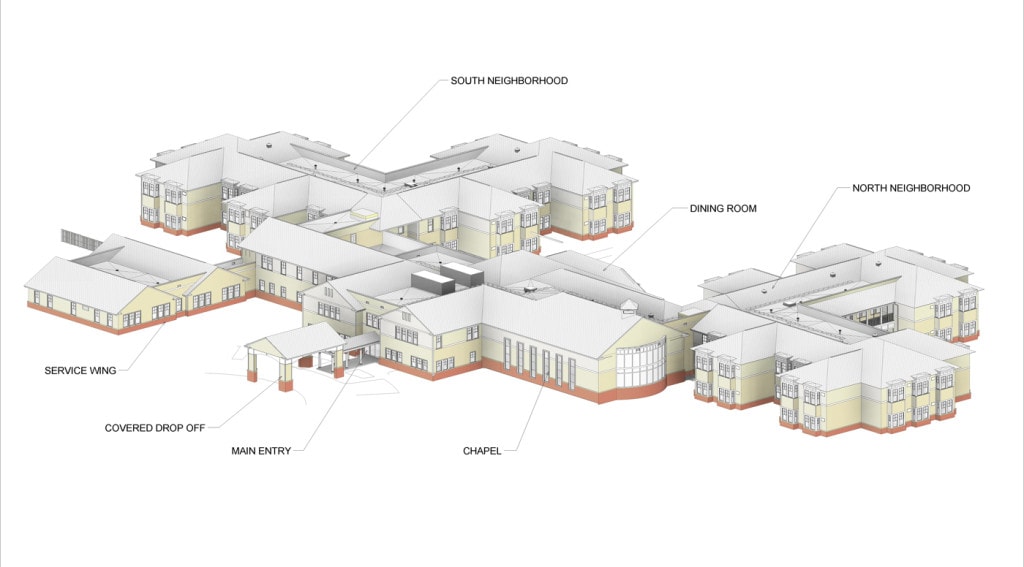 The Sisters of Saint Francis project in Salina, New York, provides 96 resident rooms and 3 guest rooms along with commons and supporting elements. The resident rooms are divided among 8 households, each with their own common spaces for smaller, more intimate gatherings.  These households are also linked to larger communal spaces, which are capable of hosting the residents for meals and other general group activities. This project brings together retired sisters from another campus, and is designed to allow increased levels of care as the sisters age with less need to relocate them between units or buildings.

There are several innovative aspects for the household designs in the Franciscan Villa.  Principally, the households were designed to allow the sisters to age in place, allowing for escalating levels of care within the same environment.  Due to the needs of the sisters, the facility can operate more like an independent living facility initially, then transition to assisted living and beyond as the sisters age.  All of this is possible within the exact same household, meaning that the sisters can truly establish a home without the prospect of having to move because their needs increase.

Secondarily, the household design allows the facility to transition from a full population of retired sisters to one, inevitably, of entirely outside residents.  As the sisters’ population decreases, they can occupy fewer and fewer households, while simultaneously allowing the increase of the outside population without disrupting the communal desires of the sisters. The two populations can mingle, but the sisters will be able to maintain their identity in a very flexible way.

The most striking feature of the Sisters of Saint Francis project is the chapel.  Capable of housing all residents including guests and clergy, the space includes audio/video elements to telecast live services to affiliated facilities and to residents within the community unable to attended services.  The sisters wished to incorporate pieces of heirloom stained glass into the space, so special considerations were made to assure the quantity and quality of light coming into the space.

Scott-Farrar Home – Peterborough, NH
Scroll to top
Manage Cookie Consent
To provide the best experiences, we use technologies like cookies to store and/or access device information. Consenting to these technologies will allow us to process data such as browsing behavior or unique IDs on this site. Not consenting or withdrawing consent, may adversely affect certain features and functions.
Manage options Manage services Manage vendors Read more about these purposes
View preferences
{title} {title} {title}